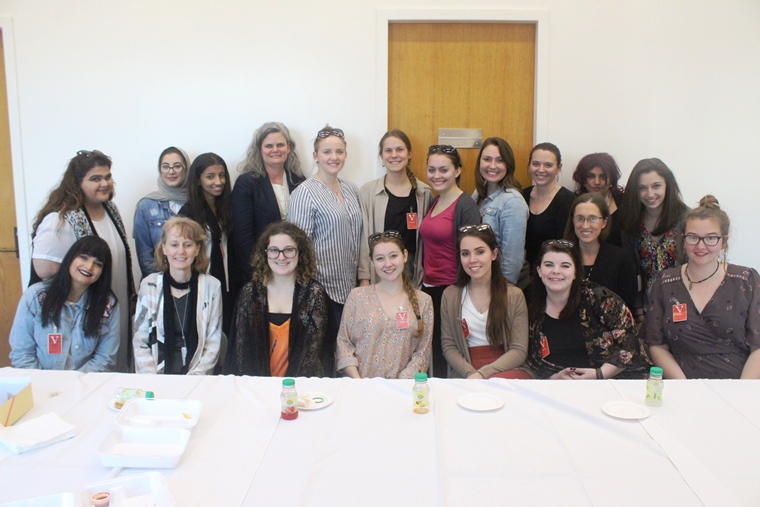 On March 8, International Women’s Day, the West Virginia Women joined with their counterparts from the Royal University for Women for a debate on the topic:  ‘Multiculturalism is a better social model than assimilation.’  Each team presented arguments advancing their position, in an exercise designed to explore and better understand all points of view.  In her closing remarks, RUW Law Professor Dr. Louna Farhat congratulated both teams on their efforts.  The West Virginia students visited RUW on a visit to promote the ties between American students and Bahraini students as a cultural and educational exchange.  During this week-long visit, the WVU group stayed at RUW dorms, visited cultural sites, and attended lectures and presentations.  In January, RUW sent a student delegation to West Virginia.