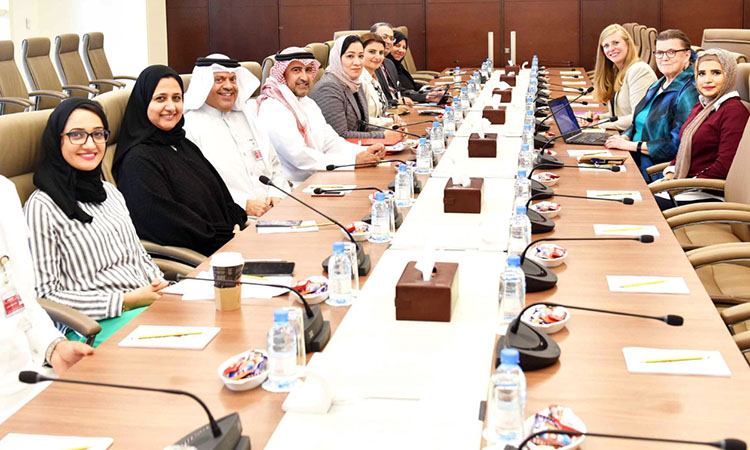 In celebration of Women’s History Month and the theme Women in Legislation, the Embassy invited to Bahrain American Cathy Allen, political consultant and communications strategist. During the visit, Ms. Allen met with members and staff of the Shura Council and the Council of Representatives, including the newly-elected speaker Ms. Fawziya Zainal, and spoke about advancing women’s rights in legislation and women in the workplace. She gave a talk at the Derasat think-tank on the latest research on “Women in Leadership and its Impact” to a diverse group of attendees from both the public and private sector. Ms. Allen also spoke to female students and faculty at the Royal University for Women on the importance of youth in society and their impact on development. At the Bahrain Institute for Political Development, she gave a talk directed at political staffers on “Time Management & Controlling Your Personal Technology.”  Ms. Allen also met with a number of women activists and lawyers, talking about the important role of NGOs in civil society, at an event hosted by Deputy Chief of Mission Aimee Cutrona. For the culmination of the program, Ambassador and Mrs. Siberell hosted a reception in honor of Ms. Allen to mark Women’s History Month and Women in Legislation. Government officials, and members from the business community and civil society attended the reception. At the reception, Ambassador Siberell highlighted the significance of cultural exchanges in promoting mutual understanding.