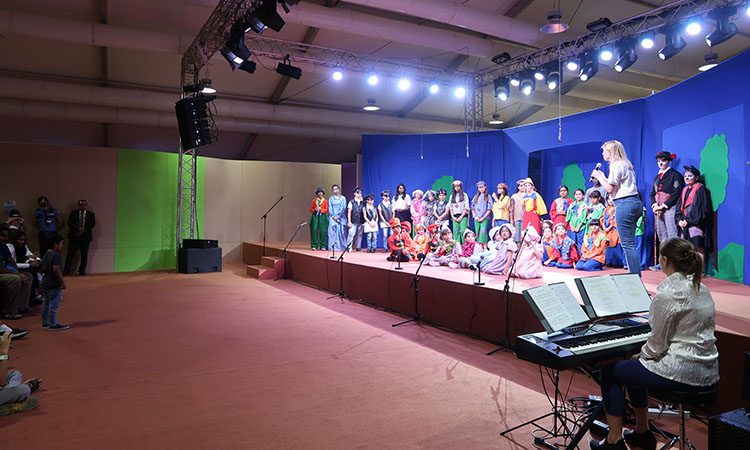 On August 4, Missoula Children’s Theater (MCT), in collaboration with the Bahrain Authority for Culture and Antiquities (BACA) and the U.S. Embassy in Bahrain, performed the classic play, “Pinocchio,” in front of a packed house at the Nakhool Tent.  Charge’ D’affaires  Ms. Aimee Cutrona attended the opening and thanked the Bahrain Authority for Culture and Authority (BACA) for inviting the Missoula Children’s Theater to be part of The 2018 Bahrain Summer Festival.

On July 31,  local youth actors, between the ages of five and sixteen, were invited to an open audition to test their acting and singing skills.  Visiting MCT directors Hannah Rable and Kylie McElrath selected the final cast members for the play.  The selected cast began intensive four-hour rehearsals for three consecutive days.  Additionally, MCT conducted three evening workshops focused on acting, improvisation, and  drama quest for young people between the ages of eight and twelve.

Missoula Children’s Theater, the largest touring children’s theatre in the United States, has toured the world for the last 45 years, putting a unique twist on classic stories and fairytales.