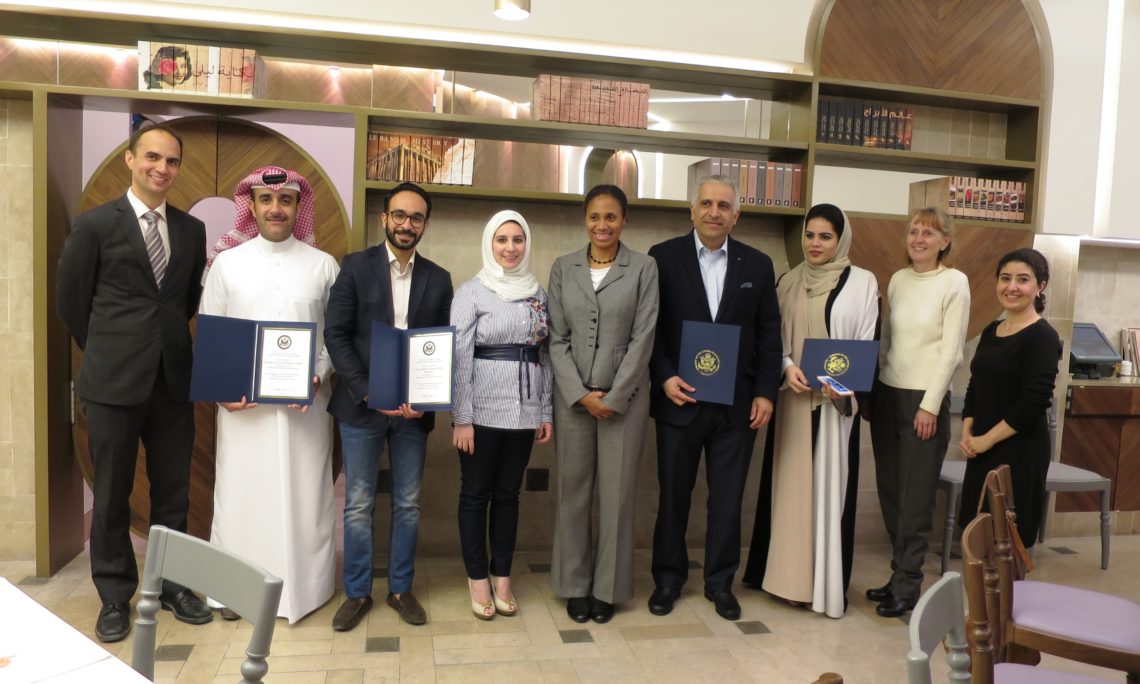 During the dinner, the distinguished alumni shared their positive experiences with the American culture as well as some of the issues they learned about on the trip with Political and Economic Counselor Anne Bennett and Economic and Commercial Officer Christiaan De Luigi.  Each participant was presented with an IVLP Certificate of Participation and all were welcomed into the U.S. Embassy exchange program alumni family to participate in future alumni-related activities organized.