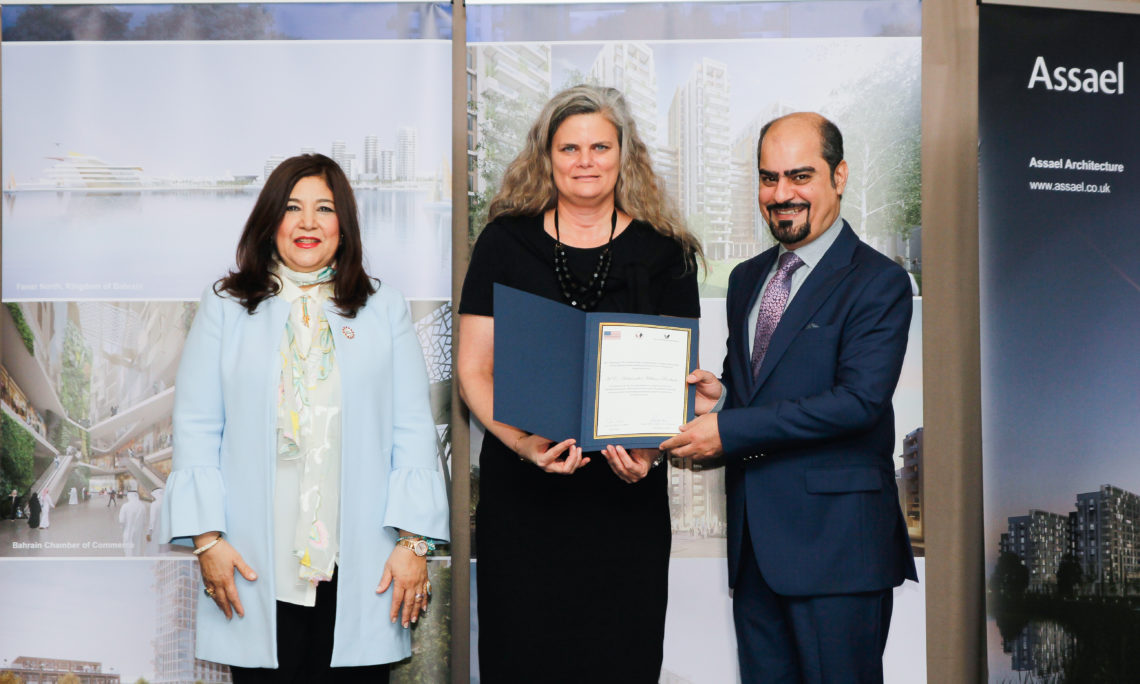 On November 16, the U.S. Embassy in Bahrain, in cooperation with Venus Interiors International, delivered the grand finale event in a series of entrepreneurship salons. The event, entitled “Engineering to Entrepreneurship,” was organized by Venus Interiors International CEO Hoda Sangoor, who is also an alumna of the U.S. Government-sponsored IVLP exchange program.  The final event concluded with a short film showcasing previous events, the importance of entrepreneurship, and the close cooperation between the peoples of Bahrain and the united States.  Deputy Minister of Labor and Social Development Dr. Mohammed Ali Al-Ansari and U.S. Embassy Deputy Chief of Mission Aimee Cutrona were present at the event and presented certificates of appreciation to the speakers who took part in the series of entrepreneurship salons.