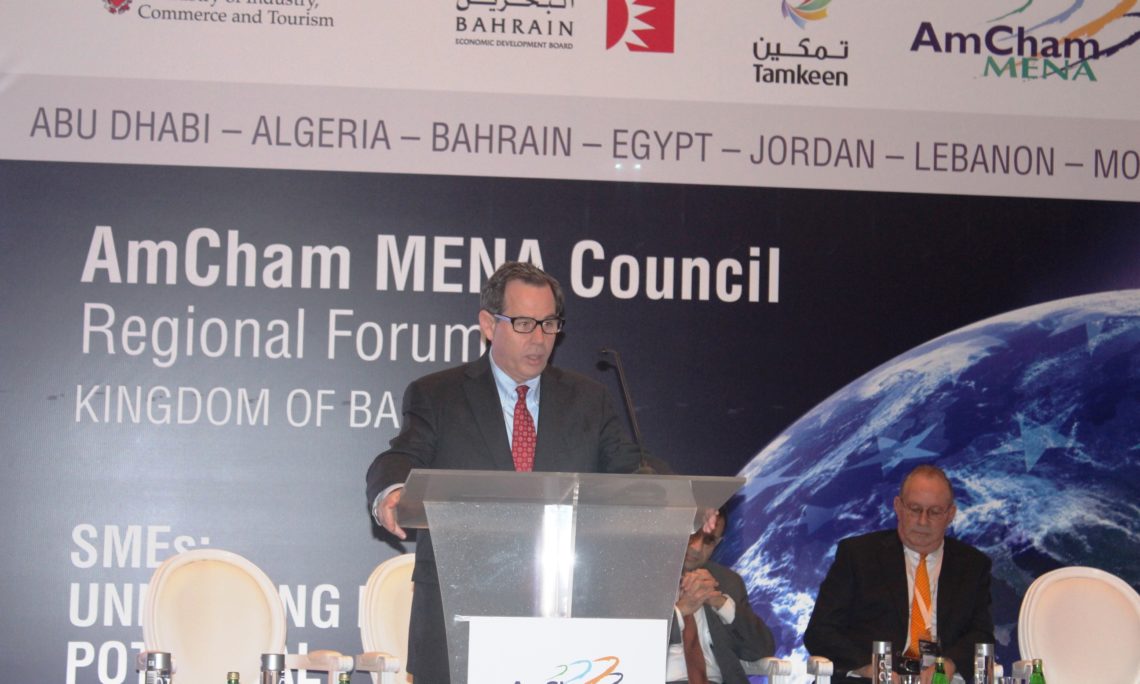 Acting Assistant Secretary Stuart Jones visited the Bahrain March 14-15 to support the AmCham MENA Forum, where he delivered the keynote address.  He also met with the Crown Prince and other senior Bahraini officials to discuss our strategic partnership, growing commercial ties through the U.S.-Bahrain FTA – now in its 11th year – and key priorities for the new U.S. administration.

Among the new Administration’s priorities is our renewed commitment to economic engagement throughout the region and at every level.  Additionally, we are redoubling our efforts to support the growth of U.S. firms in the region.

Acting Assistant Secretary Jones also discussed with his Bahraini counterparts America’s commitment to stand beside our allies in the Gulf to counter Iran’s destabilizing activities throughout the region.