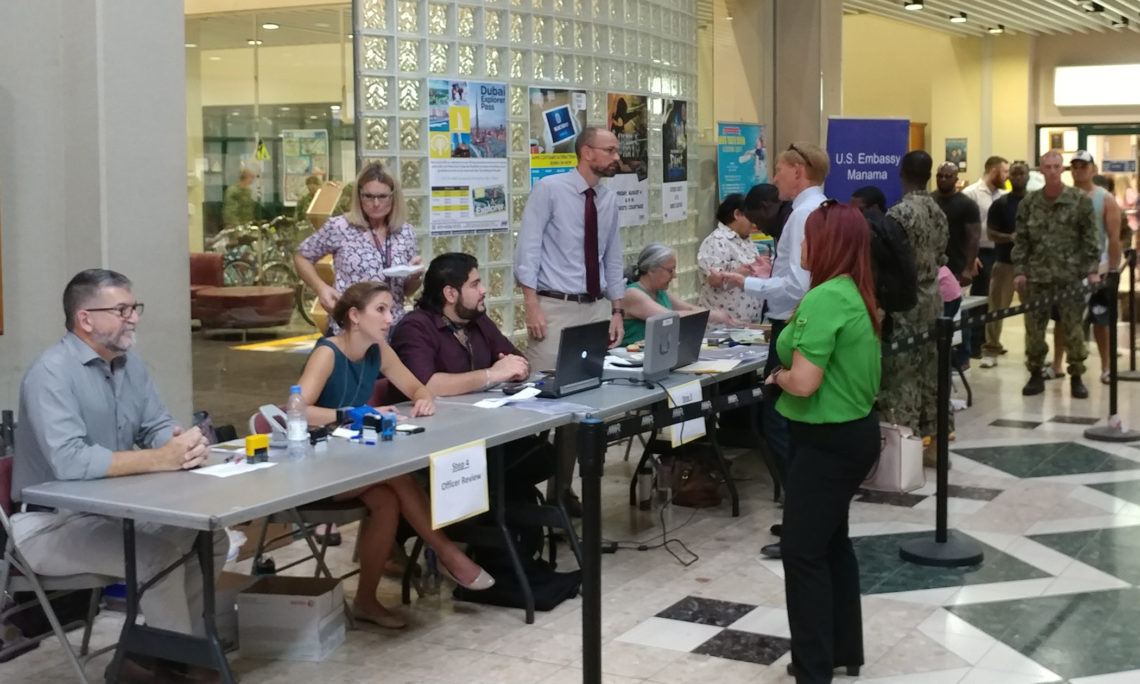 On Thursday, July 20, a team from the U.S. Embassy Bahrain Consular Section held a passport fair at NSA Bahrain.  The team received and processed over 100 passport applications from U.S. service members and their families during the fair.  The consular team, led by consular officers Eugene Sweeney and Sarah Grebowski, designed the fair to make the passport process as smooth as possible for members of the U.S. armed forces and their families.