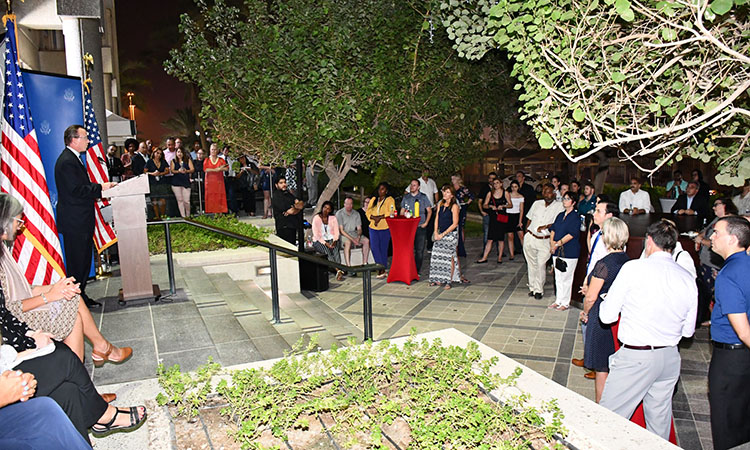 On September 29, Ambassador Justin Siberell and the Consular Section of the U.S. Embassy Manama organized a Town Hall meeting for the American citizens living in Bahrain. During the Town Hall meeting, Ambassador Siberell and the staff of the Consular Section presented information and answered questions of interest to U.S. Citizens in Bahrain. The Embassy wardens were also introduced to the attending citizens.

The meeting was attended by more than 130 American citizens.