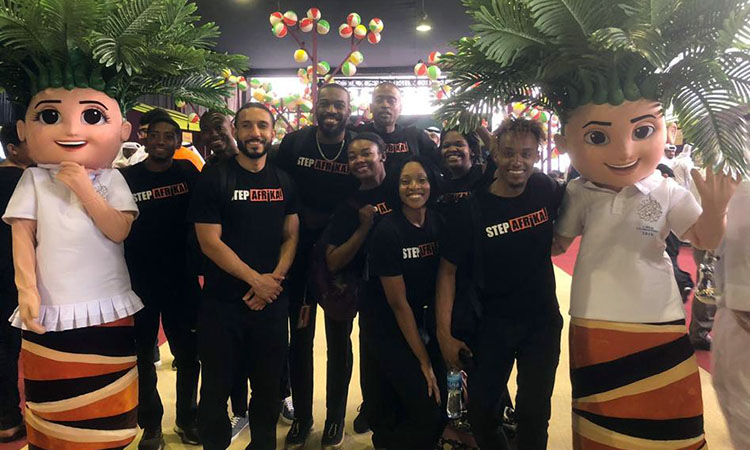 On June 27, Step Afrika! did a 20-minute mini performance at the official inauguration of the Bahrain Summer Festival, which was attended by BACA President Shaikha Mai bint Mohammed Al Khalifa and VIP guests.  The artists also conducted an energizing dance workshop for young children at the Nakhool Tent.

Step Afrika! was founded in 1994 as the first professional company dedicated to the tradition of stepping. The Company blends percussive dance styles practiced by historically African American fraternities and sororities, African traditional dance and influences from a variety of other dance and art forms.