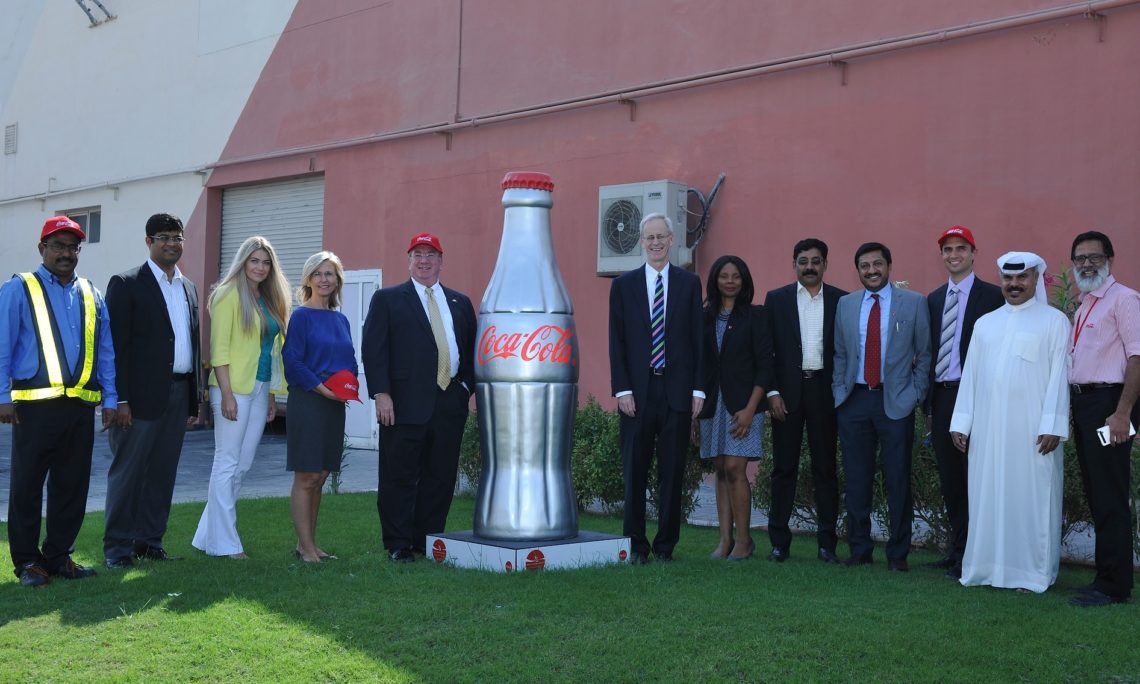 On October 24, Ambassador William Roebuck toured the local Coca-Cola manufacturing facility, hosted by the Coca-Cola Bottling Company of Bahrain.  The visit was part of this year’s Discover America Week activities.  Ambassador Roebuck was accompanied by Mr. H. Delano Roosevelt, Vice President of American Chamber of Commerce, and was briefed on Coca-Cola’s key role in contributing towards Bahrain’s economic vitality and active support towards community sustainability programs.

Ambassador Roebuck highlighted Coca-Cola as an example of the long-standing commercial relationship between Bahrain and the United States that stretches back over 120 years.