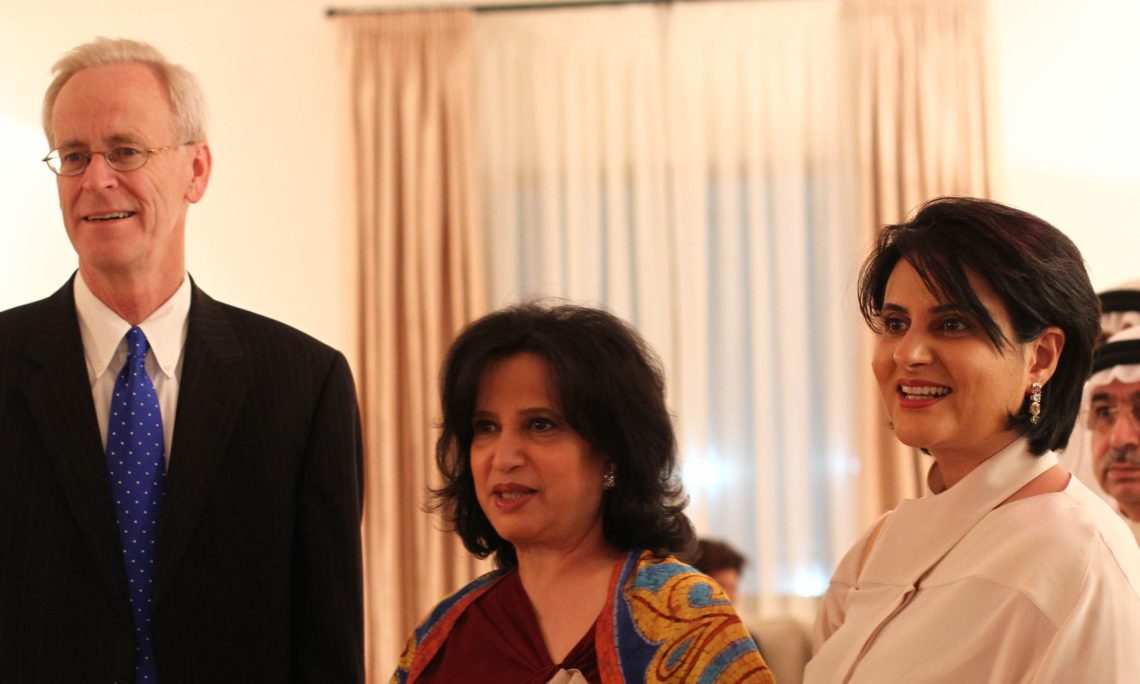 On October 18, Ambassador Roebuck hosted a dinner in honor of the President of the Bahrain Authority of Culture and Antiquities, Shaikha Mai bint Mohammed Al Khalifa, for her dedication to the arts and cultural preservation in Bahrain. Attendees included prominent members of the Bahraini cultural, education, media, and arts community. In his opening remarks, Ambassador Roebuck praised Shaikha Mai as a towering figure in the fields of culture and antiquities, not only here in Bahrain, but throughout the Arabic-speaking world. “Whether, Bahraini, Arab, European, or American, we are deeply in her debt because of her tireless efforts to preserve and protect an important piece of our shared cultural heritage,” Ambassador Roebuck noted. He praised Shaikha Mai’s role in preserving the nation’s cultural heritage as not only an important part of its history and identity, but also a lasting treasure that can advance future prosperity by inspiring cultural tourism.