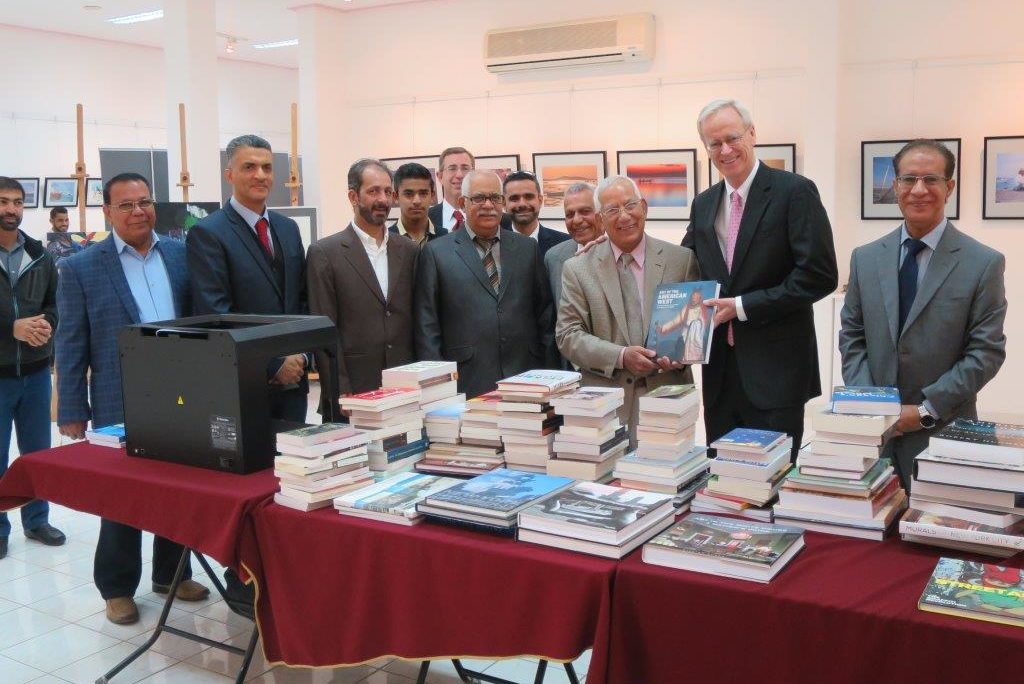 On Wednesday February 22, U.S. Ambassador William Roebuck visited Ras Romman Community Center where he donated a collection of books for the center’s library and a 3D printer for the center’s technology programs.  The books included classic American literature – including William Faulkner, Ambassador Roebuck’s favorite author – and books on art and design intended to support the center’s vibrant arts programming.  Ambassador Roebuck was led on a tour of the center by Dr. Majed Al-Majed, the President of Ras Romman Community Center, Mr. Ali Subah, and a group of prominent center officials.

The U.S. Embassy has previously sponsored computer training courses at Ras Romman Community Center, and Ambassador Roebuck handed out certificates to some of the participants.  The center has also played host to noted American photographer Rinzi Ruiz.