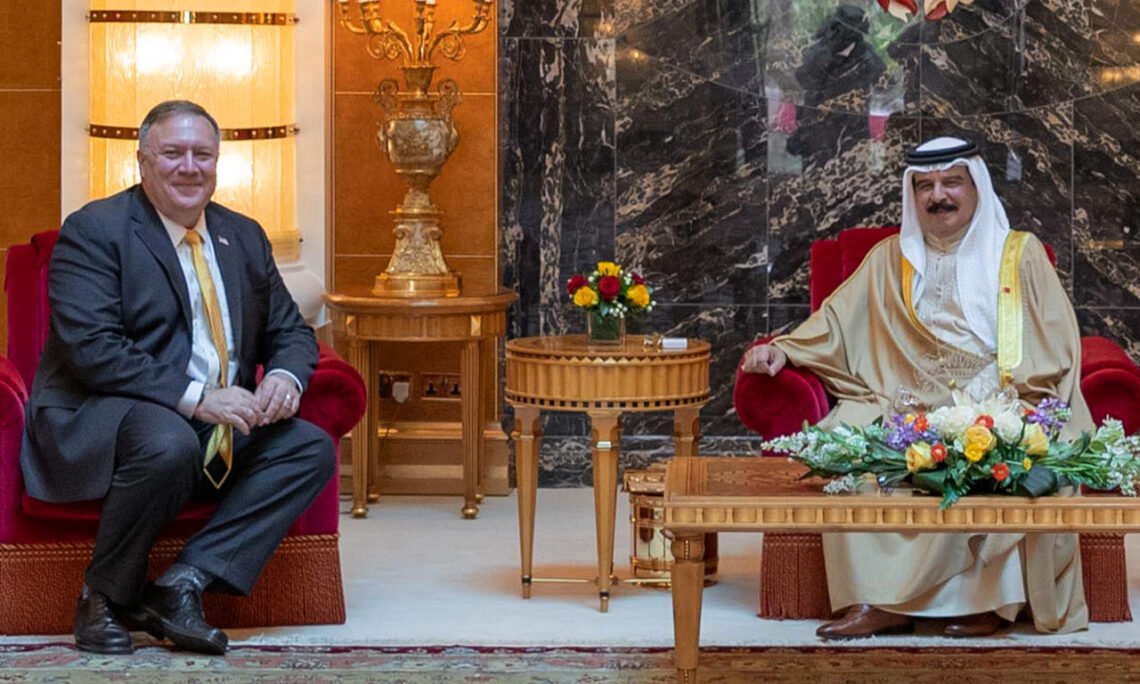 The below is attributable to Spokesperson Morgan Ortagus:

Secretary of State Michael R. Pompeo met with His Majesty King Hamad bin Isa Al Khalifa today in Manama, Bahrain.  The Secretary thanked the King for Bahrain’s continued friendship and strategic partnership with the United States.  They addressed the need to promote regional peace and prosperity, confront the threat from Iran, and build greater unity among Gulf countries.