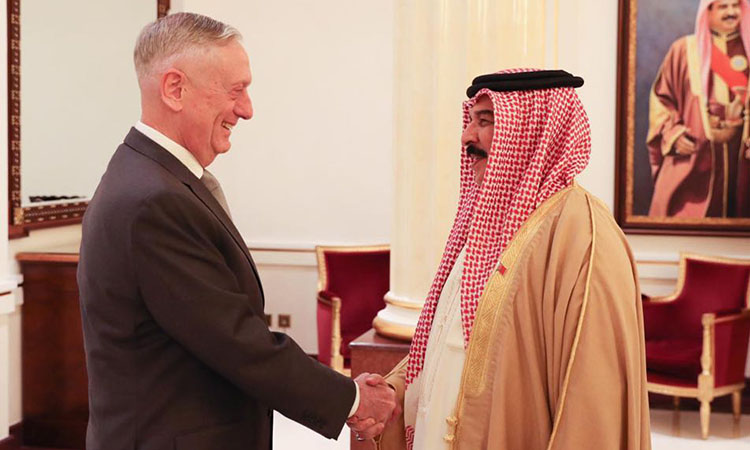 Secretary of Defense James N. Mattis met with Bahrain King Hamad bin Isa Al Khalifa on October 27, 2018, at the Guadaybiya Palace to reaffirm the longstanding defense relationship between the United States and Bahrain.

The leaders discussed a broad range of defense issues. The Secretary thanked his Majesty for hosting him during the IISS-chaired Manama Dialogue, and expressed deep appreciation for the support Bahrain provides the U.S. 5th Fleet in the Kingdom.

Secretary Mattis underscored Bahrain’s role in helping to expose regional destabilizing activity through weapons interdiction, and reiterated the need for renewed Gulf unity as a bulwark against these shared threats.