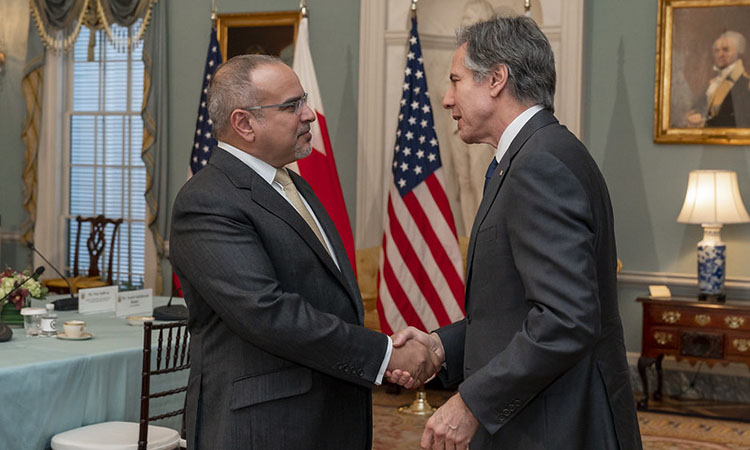 OFFICE OF THE SPOKESPERSON

The following is attributable to Spokesperson Ned Price:

Secretary of State Antony J. Blinken met today with the Crown Prince and Prime Minister of Bahrain, His Royal Highness Salman bin Hamad Al Khalifa, in Washington, D.C. The Secretary and Crown Prince welcomed the launch this week of the second U.S.-Bahrain Strategic Dialogue and discussed a range of bilateral and regional policy matters, including joint peace and security initiatives, economic cooperation, people-to-people exchanges, and steps to advance human rights. They discussed Russia’s unprovoked and unjustified attack against Ukraine. Secretary Blinken commended Bahrain for voting in favor of the UN General Assembly resolution condemning Russia’s war on Ukraine. The Secretary also thanked the Crown Prince for Bahrain’s contribution in facilitating the safe transit of evacuees from Afghanistan and commended Bahrain for advancing its ties with Israel under the Abraham Accords.