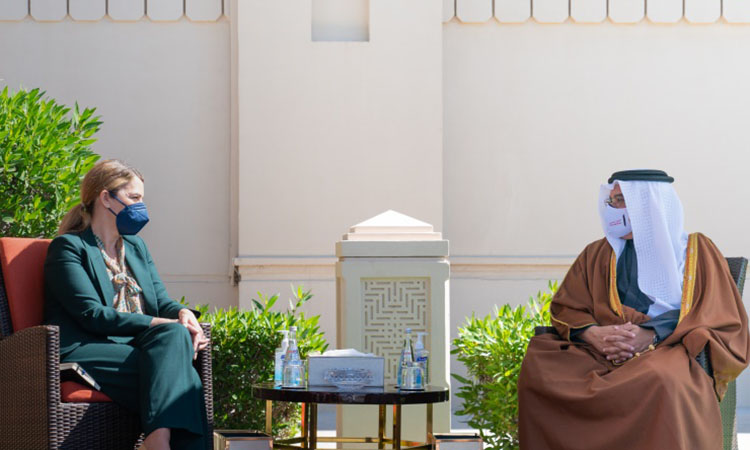 On February 9, Acting Assistant Secretary of State for Near Eastern Affairs Yael Lempert visited Bahrain, where she met with Crown Prince and Prime Minister Salman bin Hamad Al Khalifa and Foreign Minister Dr. Abdullatif al-Zayani regarding bilateral and regional cooperation, including pursuit of shared goals on security, human rights, trade, and people-to-people connections.  She also met with the MFA Advisor for Strategic Affairs, the MFA Director of Americas and Pacific Affairs and Israeli Ambassador to Bahrain Eitan Na’eh regarding implementation of the Abraham Accords.  Acting Assistant Secretary Lempert expressed her appreciation for an opportunity to engage in close consultation with Bahrain, a major non-NATO ally, saying, “Bahrain is a valued long-term partner and a close friend of the United States, and I look forward to expanding our already strong relationship.”