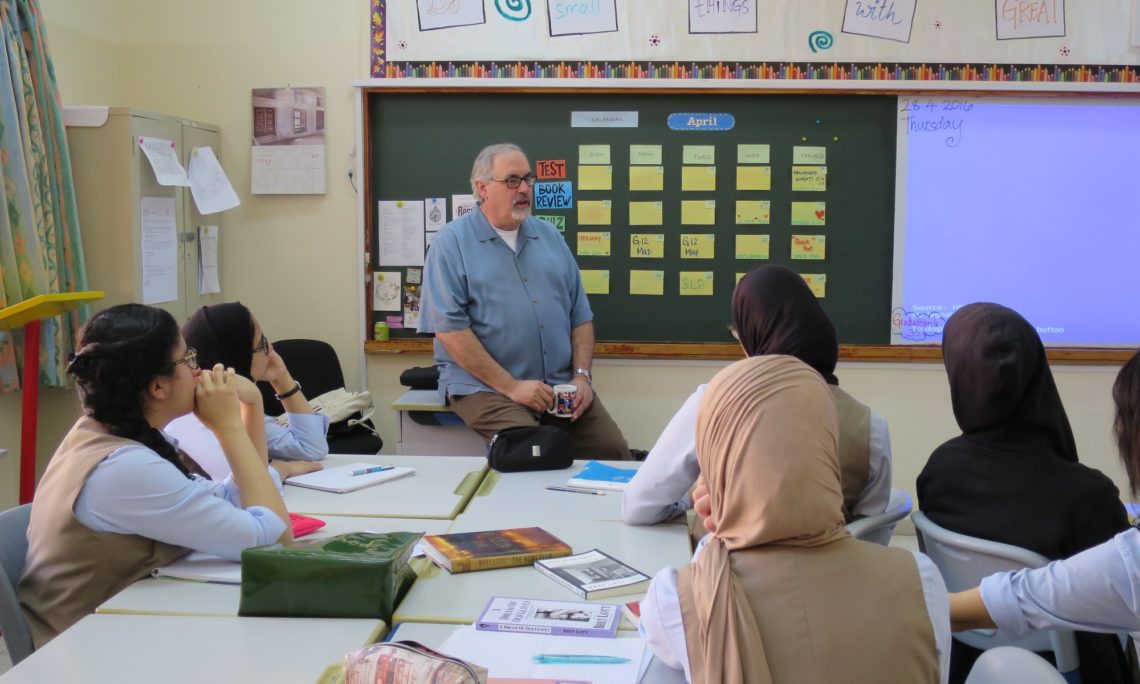 Prof. Bret Lott, award-winning American novelist and Director of the Creative Writing Department at the College of Charleston visited Bahrain from April 24-28.  A guest of the U.S. Embassy in Manama, Prof. Lott conducted writing workshops at Ibn Khaldoon National School, Al-Raja School, the Bahrain Bayan School, the Royal University for Women and the University of Bahrain.  Prof. Lott shared his experiences and his story on how he became a writer.

While in Bahrain, Prof. Lott also met with the Bahrain Writers Circle and alumni of the U.S. Embassy’s Iowa Writers’ Program.  Ambassador Roebuck hosted a dinner in his honor on the evening of April 24.

Prof. Lott has written 14 novels, including “Jewel,” which was made into a motion picture.  The U.S. Embassy has arranged for a number of copies of his books to be donated to school & university libraries so that students can have the chance to read his work.