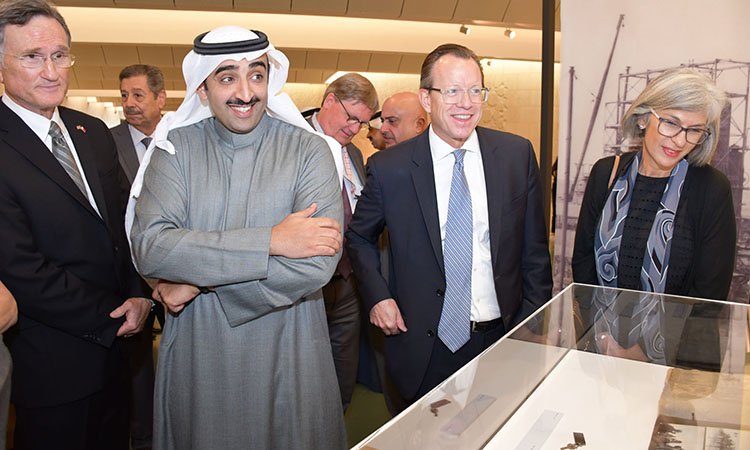 On the January 12 the “Milton Lipp – Early years at Bapco” exhibit opened at the Bahrain National Museum. It was a collaborative exercise between the U.S. Embassy Manama, Bahrain Petroleum Company (Bapco), the Bahrain Authority for Culture and Antiquities (BACA) and the Lipp family.

Milton Lipp became the manager of Bapco in 1936 and spent many years in Bahrain with his family. The exhibit contains many artefacts, photos and documents relating to his time here. Coinciding with the opening of the exhibition, Mr. Doug Lipp presented a lecture on his grandfather’s time in Bahrain.  He discussed his family’s journey to Bahrain, their fond relationships with Bahraini citizens and the profoundly positive impact Bahrain has had on his family.

“The Milton Lipp – Early years at Bapco” is open until the February 29 at the Bahrain National Museum. It is a strong example of the robust relationship between Bahrain and the U.S.