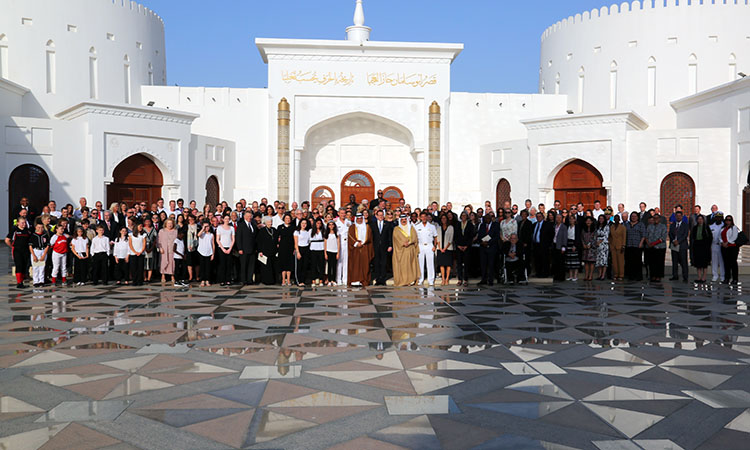 The American Community presented King Hamad bin Isa Al Khalifa several gifts, including a saddle custom made for him in Ft. Worth, Texas.  Also, the king presented outgoing NAVCENT and Fifth Fleet Commander Chris Aquilino with the Order of Bahrain decoration.