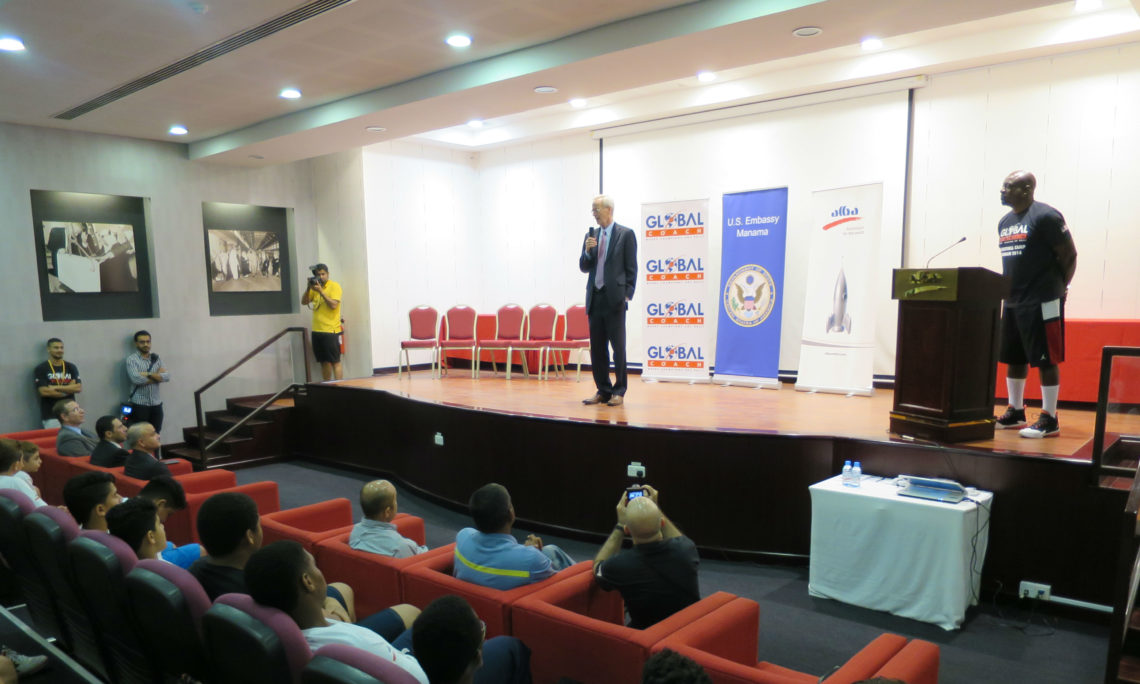 From July 27-31, Embassy Manama, in coordination with NBA Champion Sam Vincent and in support of Aluminum Bahrain (ALBA), sponsored the Global Coach basketball summer camp in Bahrain.  The camp lasted for 5 days, and it involved more than 70 boys aged between 10-16 at the ALBA Club facility.

The activities included basketball drill stations, workout routines, and education sessions.  The program focused on the principles of the sport, physical fitness, teamwork, and building lasting friendships between the participants.  The program concluded with a closing ceremony that was attended by Ambassador Roebuck and top ALBA officials, including ALBA Acting CEO Amin Sultan, who addressed the campers and distributed certificates. The activities were attended by the participants, ALBA officials, volunteer coaches from the U.S. Navy, and photojournalists.

Number of participants: 78 participants other than the Alba officials and camp volunteers.