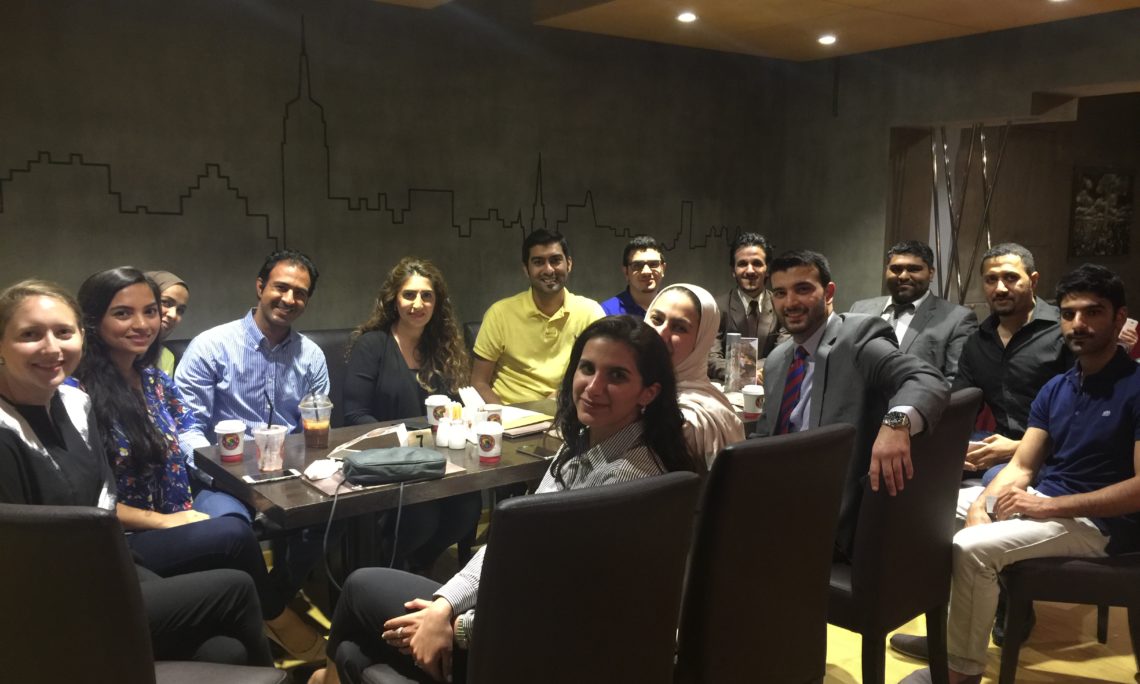 On May 3, 2016, eight Bahraini Fulbright students participating in the 2016 Fulbright Graduate Scholarship program met with Fulbright Alumni.  During the meeting, the Fulbright Alumni shared information on the program’s objectives, academic life in the United States, and American culture in general.

The Fulbright Graduate Scholarship provides one to two year fully-funded master’s level study in the United States at a diverse network of accredited U.S. universities in any academic field except medicine.