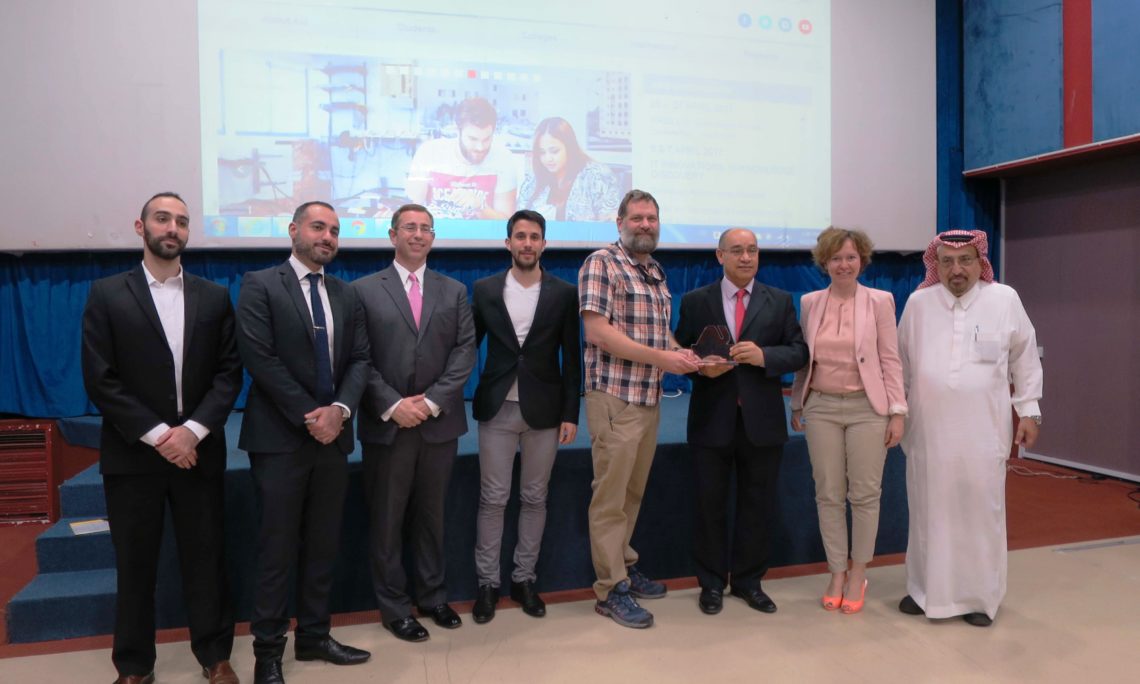 In cooperation with the American Film Showcase, the U.S. Embassy hosted a visit by award-winning American documentary filmmaker T.C. Johnstone April 10-13, 2017.  T.C. Johnstone is a multi-award winning documentary film director and producer. He has produced and directed multiple features and short documentaries as well as narrative films including the award winning film “Rising From Ashes,” which won 19 film festivals. During his visit, Johnstone screened his movie “Teen Press and gave a number of workshops on “Art of the Interview” and  “Six Steps of Telling a Great Story” at schools, universities and public art spaces. He also met with his Bahraini counterparts in the field to discuss and promote the industry in Bahrain.