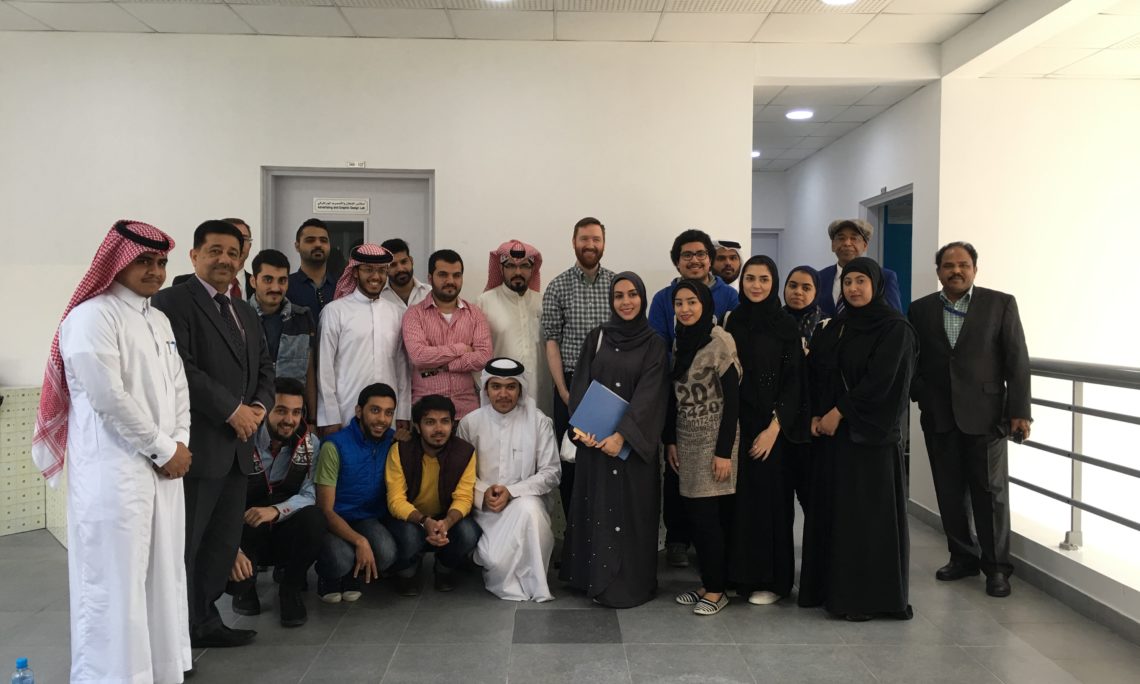 In cooperation with the American Film Showcase, the U.S. Embassy hosted a visit by award-winning American documentary filmmaker Griffin Hammond February 26-March 2.  During his visit, Hammond gave a number of presentations on documentary filmmaking at schools and universities, including the University of Bahrain and the University College of Bahrain.  He also gave a one-day workshop to Bahrain TV staff on one-person crew filmmaking.  The U.S. Embassy hosted three screenings of his documentary, “Sriracha,” in cooperation with Al Riwaq, Malja, and the Bahrain Cinema Club.  This documentary film tells the story of the origins of Sriracha,  a hot sauce that has become  a cultural phenomenon in the United States.