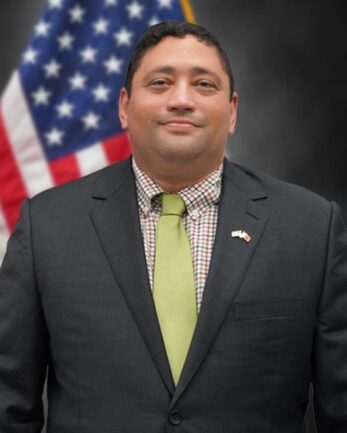 David Brownstein began serving as Deputy Chief of Mission at U.S. Embassy Manama in August, 2022. From October 2020 to October 2021, he served as the Senior Representative for Northeast Syria, prior to which he was the Office Director for Near Eastern Affairs within the Bureau of Conflict and Stabilization Operations. He served as Deputy Chief of Mission and Chargé d’Affaires at U.S. Embassy Bangui from 2017 to 2019.

Previous assignments with the Department of State include Political and Economic Counselor at U.S. Embassy Yaoundé (2015-2017), Deputy Coordinator and instructor for the Foreign Service Officer Orientation Course (A-100) at the Foreign Service Institute (2012-2014), National Intelligence University/Defense Intelligence Agency (2011-2012), Staff Assistant to the Assistant Secretary for Near Eastern Affairs (2010-2011), Consular Officer in Baghdad, Iraq (2009-2010), and Political Officer in Rabat, Morocco (2007-2009). David served as a Combat Engineer and Cryptolinguist in the US Army and worked in the development field in eastern and southern Africa and the United States for six years. Before that he processed fish in the Bering Sea. David attended Williams College and National Intelligence University.

David is the recipient of multiple State Department awards, and the 2019 Richard T Ellis Award for Excellence in Interagency Collaboration. He speaks French and Arabic. He is married to Kristyna Bishop, and they are the proud parents of a daughter. Although a proud native New Yorker and Mets fan, he also now calls Vermont home.