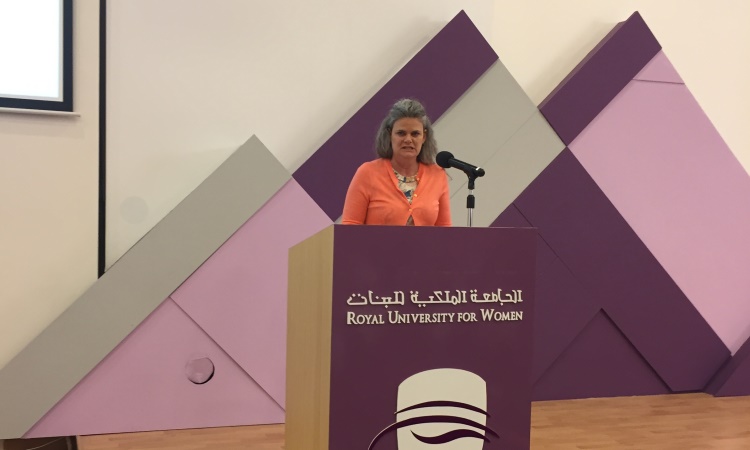 On October 12, the U.S. Department of Commerce’s Commercial Law Development Program (CLDP),  in collaboration with the Royal University for Women and the Bahrain Center for Dispute Resolution, held a training session on the Willem C. Vis Moot (Vis Moot) program for coaches and students from various universities across the Middle East, North Africa, and South Asia. Vis Moot is an arbitration competition for law students designed to help build law students’ skills in the areas of oral and written advocacy and international arbitration.  In her opening remarks, Deputy Chief of Mission Aimee Cutrona noted the crucial role that a country’s legal system plays in economic development.  She noted that a strong, transparent commercial code, enforceable contracts, and an empowered judiciary allows businesses to thrive and attract new investments.

The event at the Royal University for Women attracted 80 participants, mainly coaches and students from various universities in CLDP’s program.  Participants represented universities from Bahrain, Saudi Arabia, UAE, Jordan, Tunisia, Lebanon, Sri Lanka, and Afghanistan.  After the training, the participants will have several months to prepare for an international Vis Moot competition organized by CLDP in early 2018.