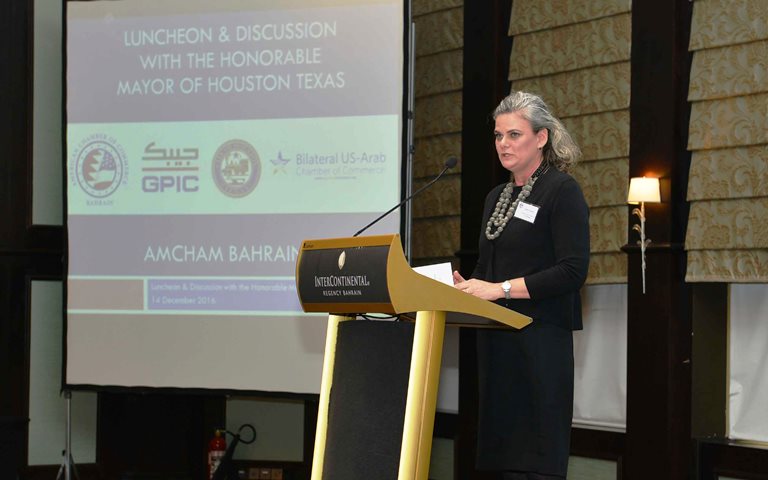 On December 14, U.S. Embassy Chargé de Affairs Aimee Cutrona was the guest of honor at a reception hosted by the U.S. National Committee to the World Petroleum Council (WPC) at the Radisson Blu Hotel.  The reception was also attended by other guests of honor such as the Mayor of Houston, Sylvester Turner, and the Chairman of the U.S. National Committee to the WPC, Galen Cobb.

In an earlier event, Chargé Cutrona attended a lunch in the honor of the Mayor of Houston organized by the American Chamber of Commerce in Bahrain.  This lunch was an opportunity for the Mayor of Houston to meet Bahraini energy and economic officials, as well as Bahraini business leaders to discuss mutual areas of interest.