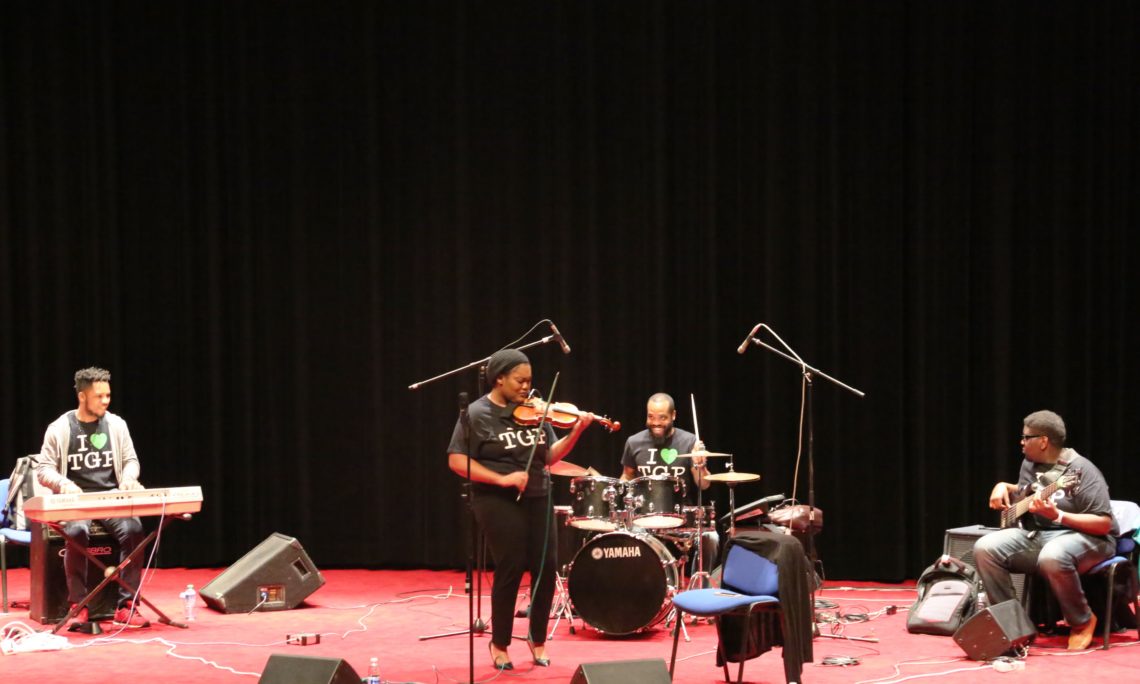 During their stay in Bahrain, Chelsey Green and the Green Project held an concert at Ambassador Roebuck’s residence.  They also held workshops and talks for aspiring musicians with Inspire Bahrain, the Bahrain Music Institute, Majla, and University of Bahrain’s Music Club.  Another highlight of their trip was the opportunity to jam with Bahraini musicians in the Police Band and at the Bahrain Music Band Society.