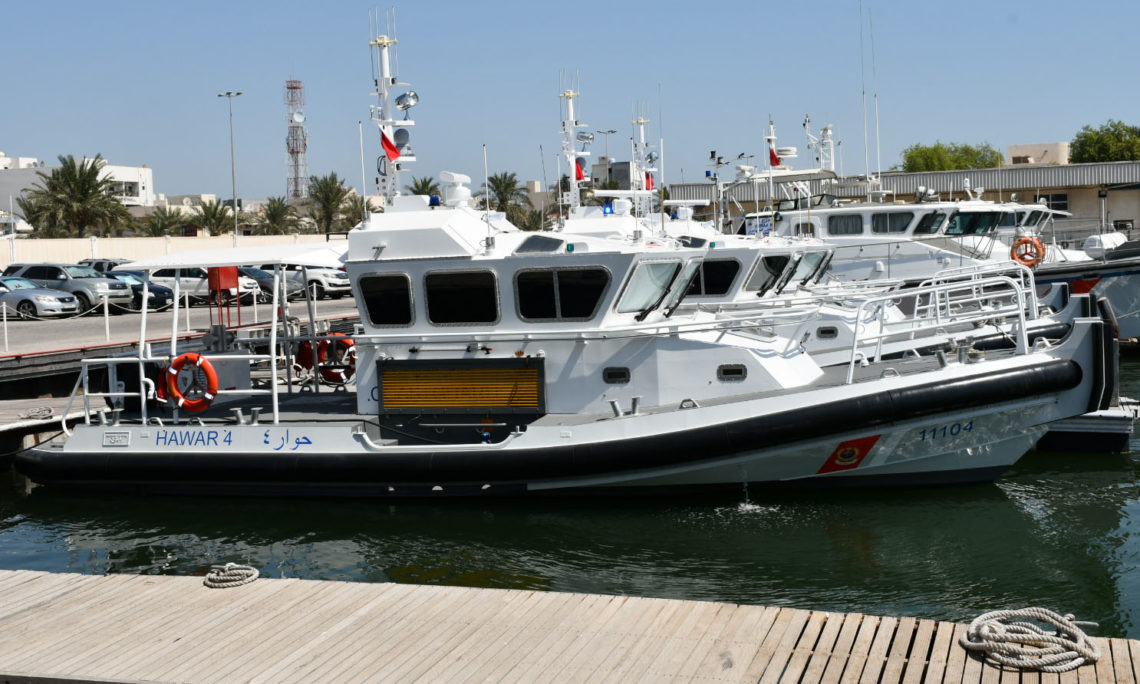 The Acting Deputy Secretary of the Department of Homeland Security, David Pekoske, and US Embassy Deputy Chief of Mission Margaret Nardi led a delegation to Coast Guard Base Muharraq to visit three new coastal patrol craft delivered to the Bahrain Coast Guard last week.  The three boats are the first delivery of a six-boat, $30 million order paid for in full by the US Government.  A second delivery of three additional boats is planned for February.

The six vessels known as Response Boat-Medium or “RB-M’s” are widely used and valued by US coast guard personnel due to the boats’ speed and handling capability in as little as three feet of water, and a water jet propulsion system that can’t be entangled in nets or injure swimmers or marine life- always a concern with a spinning propeller.  The boats were purchased under a State Department program to build partner nation capacity to stop illicit trafficking.  They include the latest low-light imaging technology for night patrols and enhanced air conditioning systems for the cabin to handle the high air and sea water temperatures around Bahrain.

The U.S. Coast Guard recently handed over the boats following two weeks of familiarization training for the Bahrain Coast Guard.  The trainers covered basic maintenance and operating procedures.  The boats are controlled by two joysticks rather than a traditional steering wheel.  They are the first RB-Ms in use by a coast guard in the region and the first water jet propulsion boats in use by the Bahrain Coast Guard.