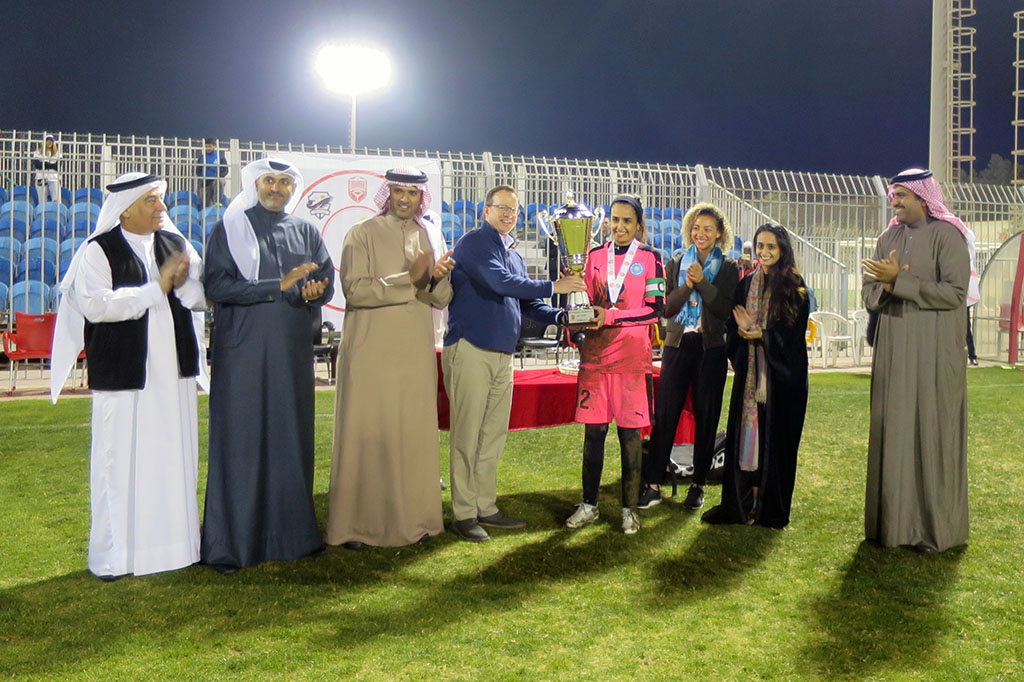 They enjoyed an exciting and enjoyable match, which was won by the Blue Pearls, 2-1, over the Muharraq Tekkers. After the match, Ambassador Siberell and Ms. Johnson joined Sheikh Ali and Sheikha Hessa in presenting medals to both teams.