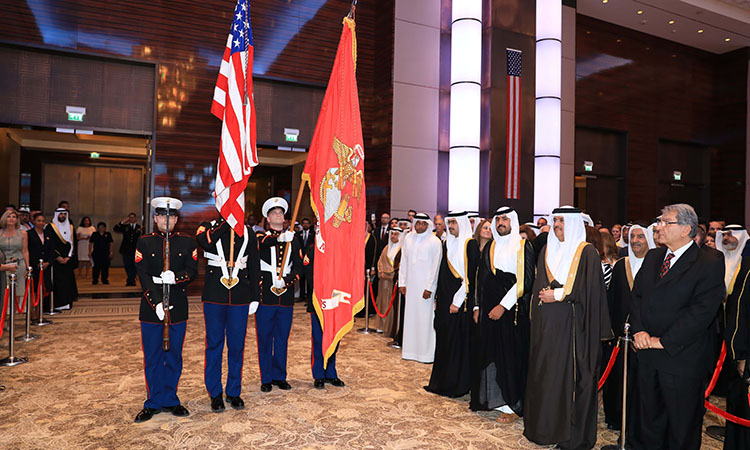 On April 17, the U.S. Embassy celebrated the 242nd anniversary of the independence of the United States of America at the Four Seasons Hotel, Bahrain Bay. The event was attended by Shaikh Khalifa bin Rashid Al Khalifa, who was deputized by HRH the Prime Minister, as well as Southern Governor Shaikh Khalifa bin Ali Al Khalifa and other senior officials, MPs, businesspeople, cultural figures, and media.