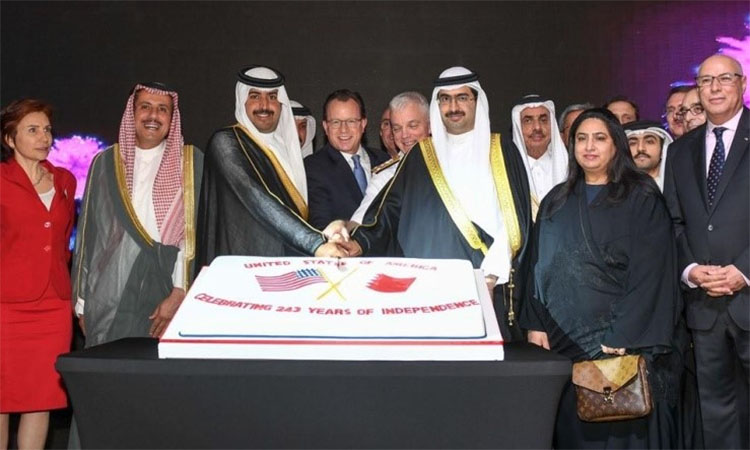 The U.S. Embassy in Manama celebrated the 243rd anniversary of the independence of the United States of America at the Gulf Hotel.  The theme of this year’s celebration was “Roads Across America,” featuring pictures, videos, and installations of the most famous and well-known freeways and boulevards in the United States. The cities of New York, Miami, Chicago, and San Francisco were highlighted.