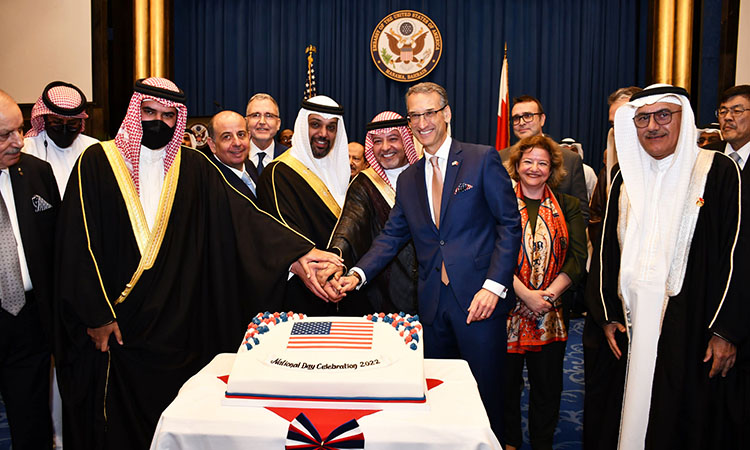 The U.S. Embassy in Manama celebrated the 246th anniversary of the independence of the United States of America at the Ritz Carlton Hotel.

Independence Day is a very special occasion for Americans, as it represents an opportunity to celebrate the democratic principles that were the basis the Declaration of Independence in 1776 and that have been sustained for nearly two and a half centuries. It is also an important day to reflect on the strength of the U.S.-Bahraini partnership.

U.S. Ambassador Steven C. Bondy remarked on the occasion of America’s Independence Day: “The U.S.-Bahrain friendship is one of the oldest and closest in the region, based on a partnership that started in the late 1800s by the people of our two nations joining hands and working together for their mutual benefit. This spirit of partnership, friendship, and connection continues to this day.”