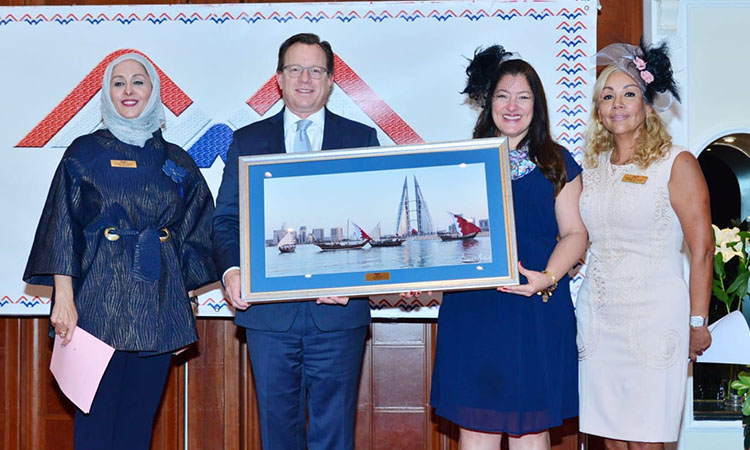 On May 14, the American Women’s Association (AWA) held its annual awards ceremony at the Movenpick Hotel.  U.S. Ambassador to Bahrain Justin Siberell and his wife, Mrs. Arnavaz Siberell, attended the event, and Ambassador Siberell presented the AWA Ambassador’s Award to former AWA president Lia Wright.  Ambassador Siberell noted that the AWA has played a vital role in the Bahraini-U.S. partnership.