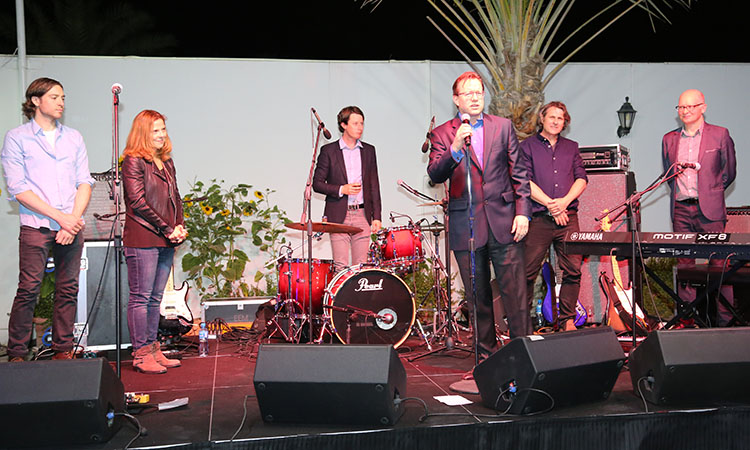 The ensemble, which was in Bahrain to perform at the Bahrain Authority for Culture and Antiquities’ Spring of Culture Festival, thrilled the audience with their original songs and their renditions of American classics.  Bahraini government officials, diplomats, business leaders, artists, musicians, and journalists attended the performance.

During the band’s five-day visit to Bahrain, the band visited the Bahrain Mobility International, Al Wisam International School, Arabian Pearl Gulf School, the University of Bahrain and the Bahrain Music Band Society to meet and interact with students and local musicians. Additionally, the musicians enjoyed the local traditional pearl-diving songs and music performed by Shabab Al-Hidd and Budawas band.

The Mary McBride Band has performed thousands of live shows in more than 30 countries. The Mary McBride Band style combines many American styles – country, gospel, blues and old school rock ‘n roll. Mary is also the Founder of The Home Tour, which uses live music to inspire and connect people, and engage the global community.