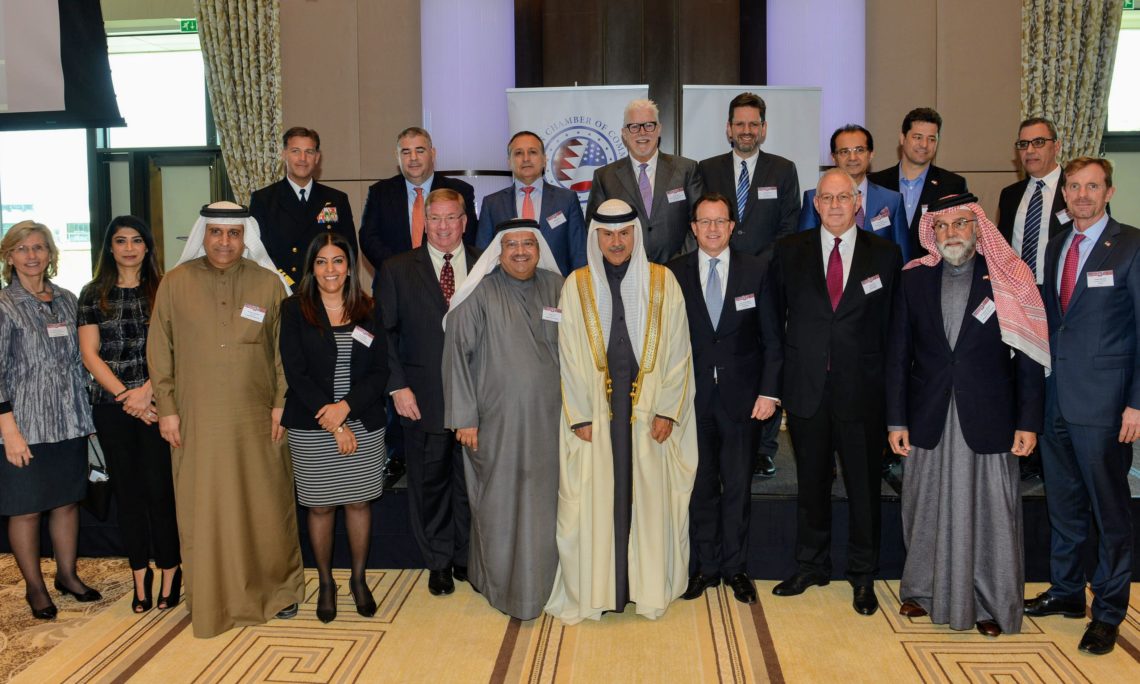 On January 30, Ambassador Justin Siberell attended a luncheon hosted by the American Chamber of Commerce in Bahrain (AmCham) and addressed AmCham members. In his remarks, Ambassador Siberell lauded the strong Bahraini-U.S. economic relationship and hailed the Bahrain-U.S. Free Trade Agreement, which has more than doubled bilateral trade since it came into force in 2006. “The power of the Bahrain-U.S. Free Trade Agreement – one of only two such agreements maintained by the U.S. government in the Gulf region – is that it establishes a strong framework for the growth of U.S. – Bahrain commercial ties, and I am committed to helping business leaders like you realize the full potential the FTA provides,” Ambassador Siberell told AmCham members.