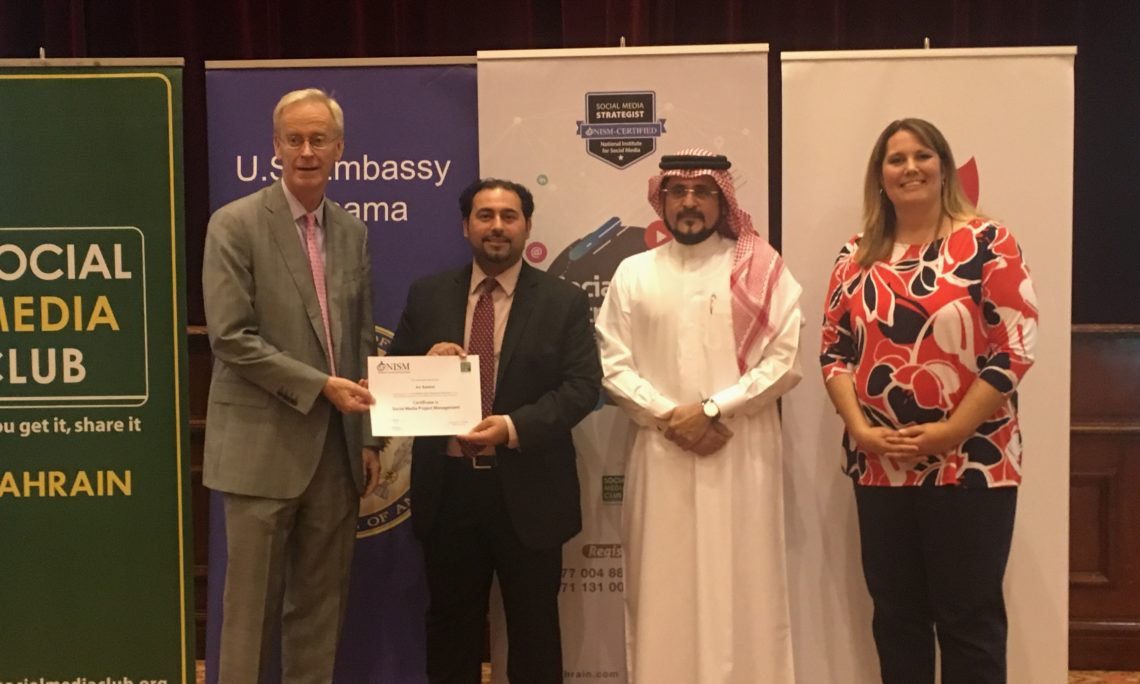 The Bahrain Social Media Club, in cooperation with the U.S.-based National Institute of Social Media (NISM), the Embassy of the United States of America in Bahrain, and in strategic partnership with Tamkeen, hosted a three-day program entitled, “Social Media Management Project for the Public and Private Sector” August 15-17.  The project included a series of workshops that led by the CEO of NISM, Mrs. Jennifer Radke, who was visiting Bahrain to teach these workshop’s.  Ms. Radke’s company, NISM, and the Social Media Club have combined to provide Bahrain’s first professional certification in social media strategy.