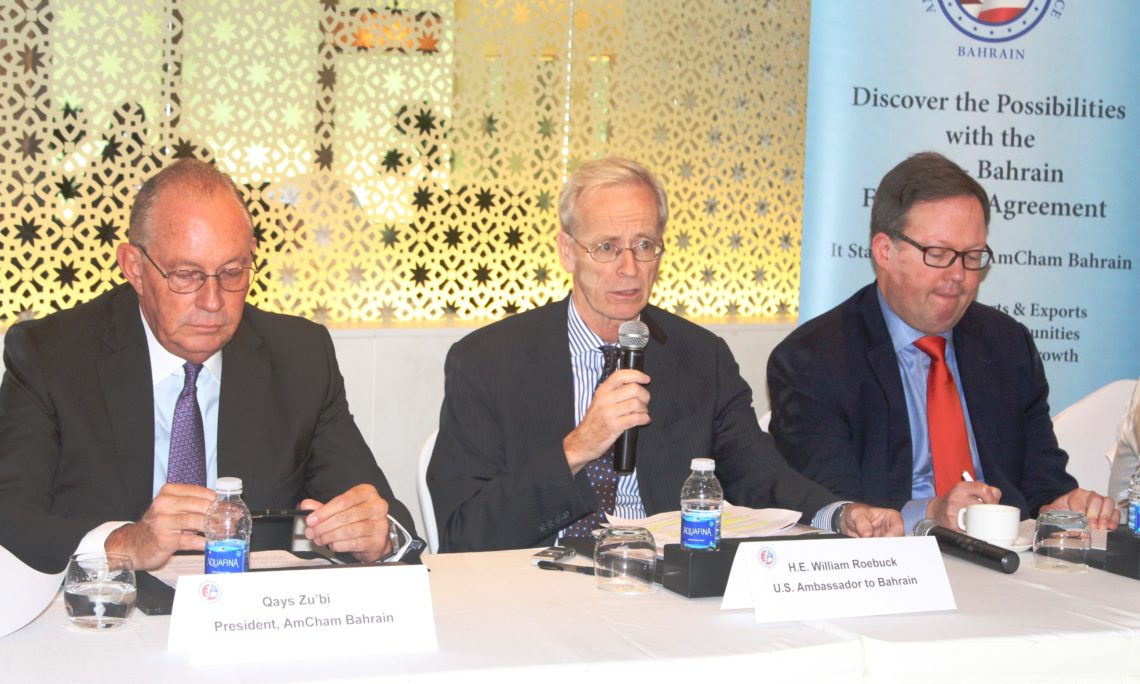 On October 31, Ambassador Roebuck participated in a roundtable discussion, organized by the American Chamber of Commerce in Bahrain (AmCham), regarding the Bahrain-U.S. Free Trade Agreement (FTA).  Ambassador Roebuck provided members of the press corps with statistics and evidence of the benefits of the FTA to the United States and Bahrain, and to highlight some U.S. Embassy programming designed to encourage greater use of the FTA.