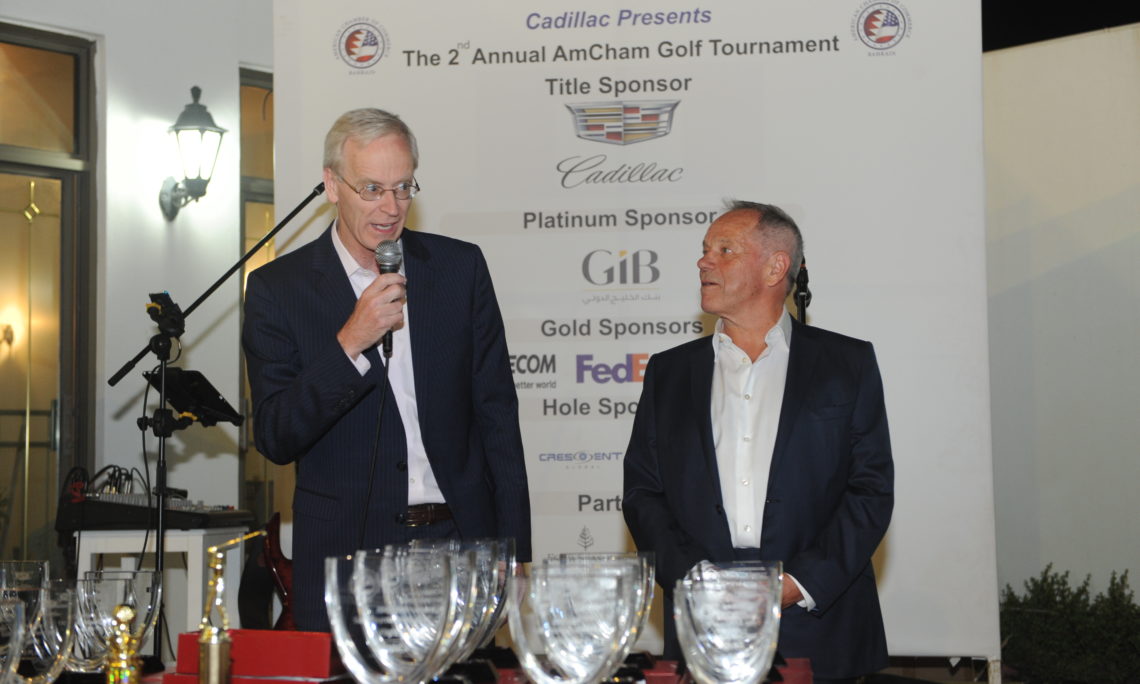 On April 14, U.S. Ambassador William Roebuck hosted an awards dinner at his residence following the Second Annual American Chamber of Commerce (AmCham) Bahrain Golf Tournament, AmCham Bahrain’s largest annual fundraiser.  The dinner included roughly 200 guests, most of whom played in the golf tournament earlier that day.  The dinner was catered by the Four Seasons Bahrain Bay’s Cut restaurant, which is owned and operated by celebrity chef Wolfgang Puck’s international restaurant firm.  Chef Wolfgang Puck attended the dinner along with Alex Resnick, the Director of Operations for Wolfgang Puck Restaurants.