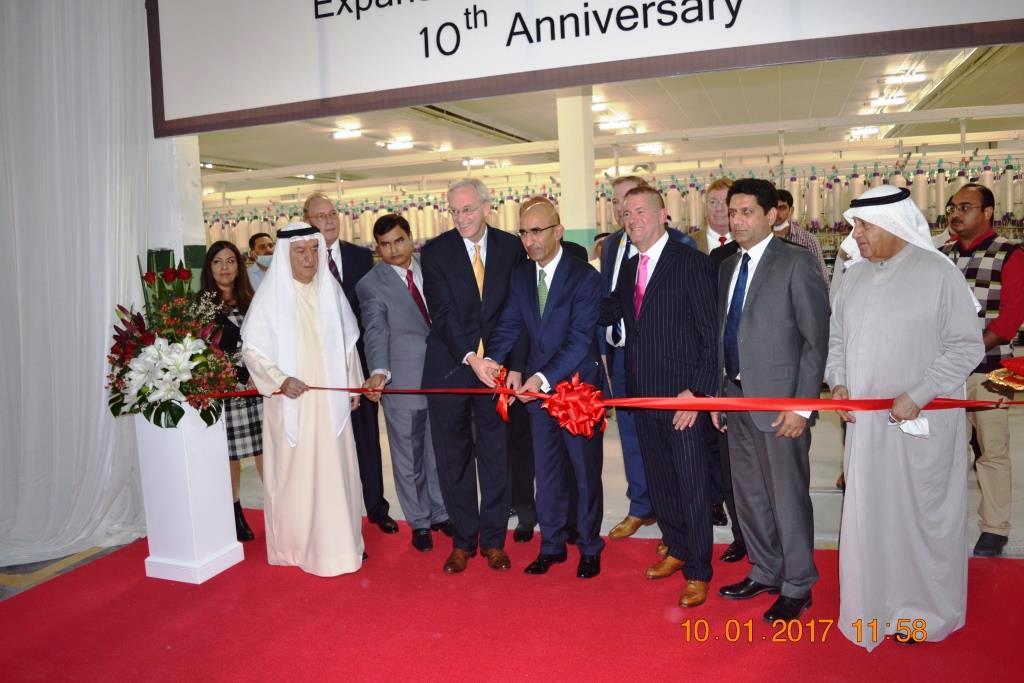 Ambassador Roebuck attended the ribbon-cutting ceremony for WestPoint Home’s $9 million expanded yarn-spinning plant in Bahrain. This investment marks WestPoint Home’s third expansion in Bahrain over the past five years, and the American home textile company has invested more than $160 million in Bahrain since the U.S.-Bahrain Free Trade Agreement entered into force in 2006. In remarks delivered at the ceremony, Ambassador noted that WestPoint Home’s presence in Bahrain has been synonymous with the U.S.-Bahrain Free Trade Agreement. The Ambassador noted that WestPoint Home not only has invested millions of dollars into Bahrain’s economy, and created hundreds of jobs, the company also has begun once again to expand its operations in the United States, maintaining its plant in Chipley, Florida, and opening several new storefronts at locations across the country.
Photo Credits: WestPoint Home