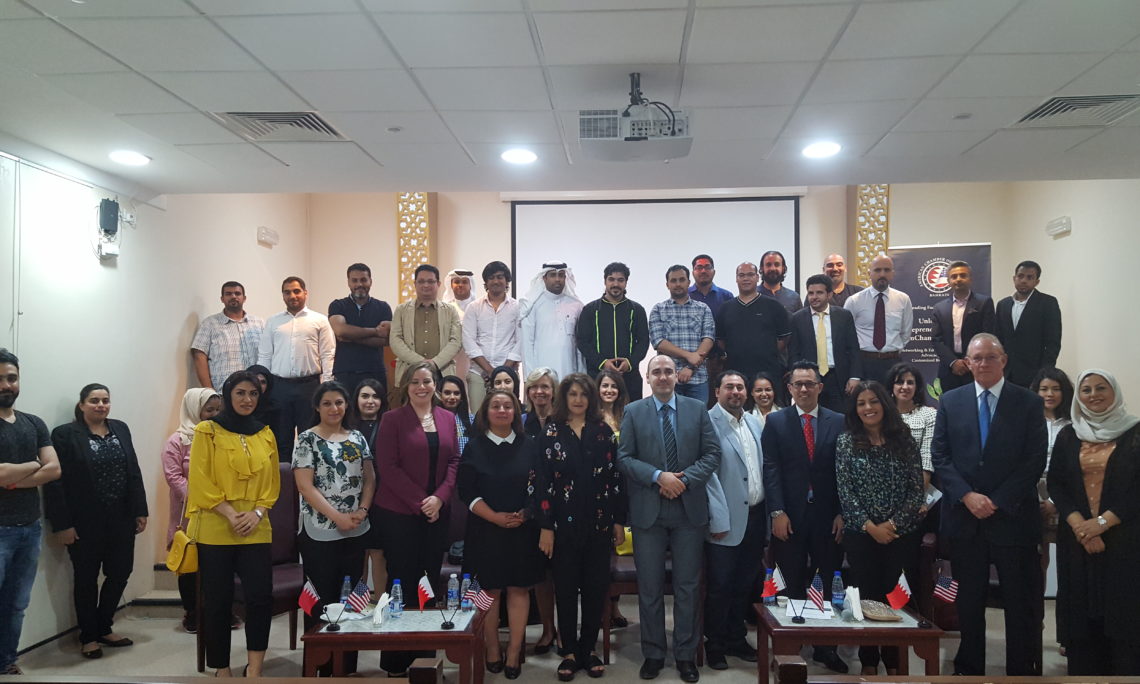 On April 10, Ambassador William Roebuck delivered opening remarks at a roundtable discussion titled “Building Your Brand – Intellectual Property Considerations in the Digital Age.”  U.S. Patent and Trademark Organization Intellectual Property Attaché for the Middle East and North Africa, Aisha Salem, moderated the roundtable discussion, which was hosted by the American Chamber of Commerce in Bahrain and the Bahraini Business and Professional Women’s Federation.  Roundtable panelists explained to roughly 50 attendees how to apply for patents and trademarks in Bahrain, the GCC, and the United States and addressed audience members’ concerns about increased fees for trademark registration under the new GCC Trademark Law.